Although all participants will be aware of the fate of their character, the characters themselves may not know it. If your fate as a mother is to sacrifice your son to appease the gods, then perhaps you have not quite told him he was destined to die by your hands (perhaps). Participants coming to pray to the gods may, at any time, ask the priests to reveal the augurs of their birth though, so that is an in-game mechanic for your character to find out his/her/their fate.

Your fate is yours and yours alone: it is given to you as a guideline for your narrative arc and yours to fulfil. That means that there will be little elements brought by the organisers to push you towards it as an individual character. We rely on participants to enrich their backstory with elements (but it's not mandatory, each character will have enough elements for a complete game) and relationships that will enable them to fulfil their destiny and to calibrate between them between the acts to do so. Obviously, characters should try and fence off terrible fates and do everything they can to avoid it, all the while, participants should arrange their narrative arc to enable its fulfilment.

The influence of the Fatum on the life of the characters and the development of the Larp is present in various ways.

On the characters sheet

The Fatum - The Augurs

The Augurs do not have an influence on psychology, but on the fate and actions of the characters. It is a guideline, the purpose of each character. These omens are expressed in a few sentences that designate the destiny of the character, the goal towards which the participant will tend during the five acts of the Larp. These Augurs are inspired by roles and characters from ancient plays and dramas. It is important to note that each participant will be able to choose if his/her/their character is aware of his/her/their Fatum (or if he/she/they will discover it in game or fulfil it without knowing it was preordained).

Throughout the game, several NPCs will embody the chorus of a Greek theatre play. With anonymous masks, they are the representatives of the will of the gods and Fatum. Characters cannot talk to them (except priests), but they can talk to the characters (whispers of fate). There is not a single moment, public or private, when they cannot be present during the characters’ lives. All and every single human act is done under the eyes of the gods.

Words of the gods

At the beginning of each act the augurs are drawn by the official haruspices of the Empire in presence of the choir. This scene is totally diegetic, but its results concern what happened in the previous act (or the past, for the prologue) and the mood of each act. The goal is not to dictate the actions of the characters, but to set an atmosphere for the following act.

Prayers to the Gods

Each character has the opportunity during the game to light a little candle (yes, because slaying white cows was cool but somehow more complicated) on one of the altars to one of the five major deities in the official Empire cult (Jupiter, Mithra, Juno, Diana and Venus) to say a prayer. On this occasion, the participant expresses aloud the secret desires of his/her/their character. This way, the other participants are aware of the intentions of other characters and can create a good scene out of it (= play to lose/lift).

In the final act (Exode), the priests may perform one last important ritual, that of “name damnation” (damnatio memoriæ). After the death of someone, his/her/their name can be erased from the annals of the Empire and his/her/their memory banished from the memory of humankind. It is also about keeping him/her/them from becoming a mane.

For the characters who die, the organization plans additional scenes, in order to finish/close their destiny. 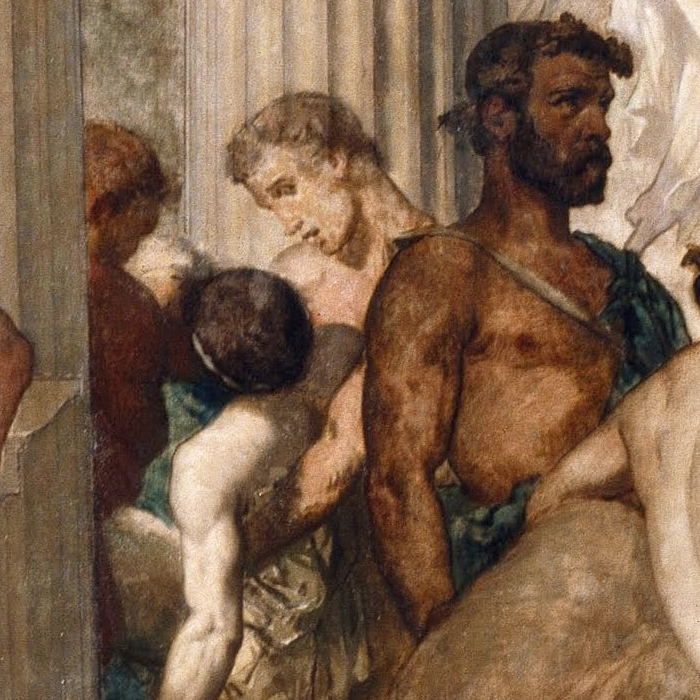