Do not make the Revolution

The game is conceived as a progressive experience, which develops in five acts with an increase in power. You can overthrow another character or influence the power balances or modify the dynamics of your fatum. But never totally overturn the Larp diegesis (Larp world) and the dynamics of fateplay.

You cannot escape your Fate

Leaving the Larp space is not planned. The characters are not prisoners, but the Empire is everywhere around them and they cannot escape their fate nor the gods’ influence. If you decide that your character leaves the imperial residence, that is the end of the Larp.

What you see is what you get

Your character will only come up with actions that you could act out in real life as well. Anything you need to describe to make it happen, is not allowed (‘trying to smash a window’), unless techniques and metatechniques have been put in place to do so (i.e. sex and violence).

You can only die at the end

This Larp is not about fighting and killing each other off before the final act. The death of a character means the end of narrative arcs and Larp dynamics for many people, which would not be interesting for you or anyone else.

The murder of a character must be carried out in a dramatic way, in the same way as an ancient play. So, ideally in the Roman way, with a dagger or gladius. Your characters can commit suicide, but the preference is then for poison.

You are not just here for your own fun, but also that of the other participants. “Play” each other up, not down. Give other people their moment of glory, share secret information, include other participants in your plans, give others a chance to eavesdrop on your secret meeting, etc.

The Larp IS the participants

During the event, each participant is responsible for his/her/their own game and creating nice gameplay. We think that an interesting Larp has suspense: a start, a middle, a build up to a climax and an end. All participants are responsible for creating their own suspense. This means you must dose your information and create drama in such a way that you can have interesting gameplay for the entire event and not just the first hours.

However, do not feel responsible if you do not find gameplay. You can always come to the organisers if you need more input or want to discuss if an idea might work or not.

A character can only have a high status if other participants give them that status. Show respect to those with a higher status in the Empire than yourself. Make gameplay by recognising Roman leaders and giving them status.

We play in a decadent society. You can choose how you want to roleplay with love and sex, always in consultation and with the consent of the persons involved.

The preferred meta technique for "sexual" play is Ars Amandi. Dry humping is allowed (always with the explicit out of character verbal consent of the persons concerned). Real sex is not allowed.

Partial nudity will be present during the game. Total nudity is not allowed (unless there are thermal baths).

Each participant needs to be familiar with his/her/their character and the setting before the Larp starts. There is quite a lot of information and you will miss out on parts of the Larp if you are not prepared.

Keep your secrets before the Larp

We work in partial transparency: the characters' fates are available to all participants. However, the backstories are not public. We want all participants to have interesting cards to play during the event. If someone thinks you are the terrible general who lost a legion against Rome's enemies when you were actually the victim of rumours, it can be a shock when they discover the truth. However, we do not prohibit transparency between participants if you believe that your event will be more intense in this way.

We provide a backstory as well as a personality and a fatum and relationships for each character, but few details. We allow each participant to complete his/her/their character with related plots, memories, details, secondary relationships, and links to recent Roman history. These additions will enrich your event. Keep in mind, however, that you should not want to "overthrow" the Larp world at any cost: for example, do not add to your character that he/she/they is/are the empress's hidden son or daughter. Your additions will be reviewed and verified by us. Be also assured that these additions are not mandatory: your initial background is sufficient to get a complete game.

Attendance to pregame workshops is mandatory, participation is not.

Post-game debriefings attendance is not mandatory.

Do not be bored in a corner by yourself

Sometimes the Larp does not work out for you. This can have many reasons. The important thing is to do something about it during the event. Find an organizer to discuss how your character can be changed so it is better suited to you or the Larp. Or use the ‘Prayers to the Gods’ technique to request aloud the type of play you’re looking for.

Prayers to the Gods

It could happen that something is not going as you hoped. You really wanted to start a rivalry with another member of the Senate over imperial politics, but no one noticed your attempts. Or you are looking to start a romance, but you can't find the right person for it. To do this, you can use the "Prayers to the Gods" technique. By applying it, you can state aloud your character's desires and intentions (in prayer to the gods). For example: "O Mithra, powerful warrior and master of battle, bull of unequalled power, stir up my anger against the enemies of the Senate and allow me to confront them." In addition to all the other participants who will hear you and be able to relay, the NPC’s (choir) will also echo your requests in play.

Since we are striving for a full immersion Larp event, please refrain from out-of-character comments/conversation during the acts. Obviously, going off-game for calibration with another participant before a scene or for safety reasons is very much encouraged. An off-game area will be available during the entire game should you feel the need to take a break.

For safety reasons, always make sure that participants can remove themselves from a scene at all times. Some examples:

Please speak English at all times. Even when you think you are amongst people with a shared mother tongue. Someone might try to eavesdrop on your conversation.

Most of the participants are not native speakers. Be kind when someone is searching for a word or accidentally mispronounces something.

No matter how interesting the Larp is or can be, people always come first. Never be afraid to “ruin” a scene when expressing your off-game need. In the end it is “just a game”. Who cares about a scene when someone is hurting?

Accept everyone as they are

Any direct out-of-game criticism of other participants will not be tolerated. We expect everyone to be kind and welcoming towards each other out-of-character.

Do not judge, do not be elitist or exclude others. Our participants are not professional actors, they come to have fun. Please keep in mind that people have different standards, come from different Larp traditions and/or real-life backgrounds. Having certain talents or experiences does not make you a better person. Our goal is that everyone has a great time doing a hobby we all love.

If you are going to play a nasty character, take a minute to think about meeting other participants out-of-character, before the Larp starts. Naturally, everybody is expected to know the difference between roleplay and real-life. Nevertheless, it could not hurt for other participants to know that you are actually a nice person in real-life, before they endure your cruelty within the Empire.

Participants are responsible for their own safety and wellbeing in the game. Do you find yourself in (or witnessing) part of a scene that makes you feel uncomfortable? Walk out of the room, use a safe word/signal, or find an organizer to have a chat. Do not expect other participants to know what is going on in your head.

Participants that ignore consent rules or safe words/signals will be removed from the Larp. 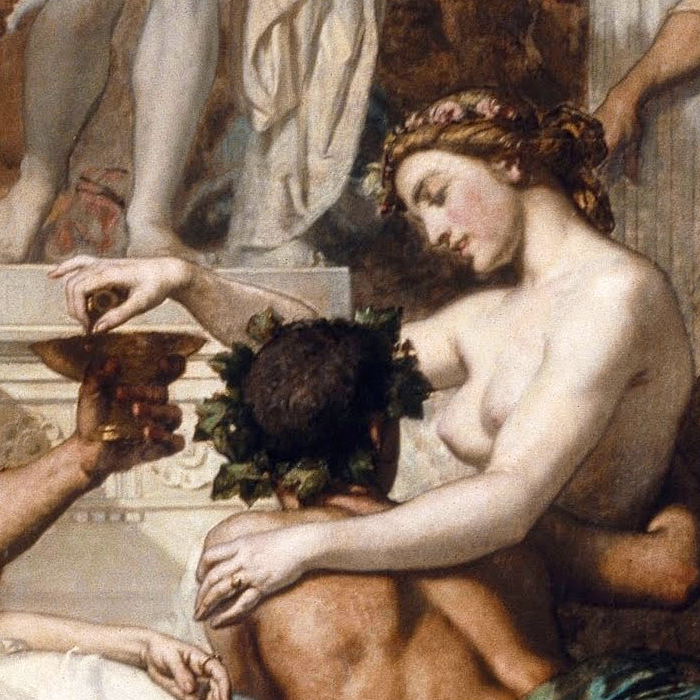