ACT I. Mater Patriæ - Mother of the Homeland

The grandeur of the Empire shines on every face and warms every heart. An act where the dream of the Empress brightens the destiny of Rome. Where each of the characters starts the journey that will lead him/her/them to his/her/their destiny, yet where the future still seems bright for all.

An act where political and interpersonal tensions and divisions come to the fore. Where characters are gradually becoming aware of the inescapability of the fate written by the gods. Where arguments, conspiracies, threats, and dangers lurk in every corner. Day of anger, day of tears and of terrors.

ACT III. At spes non fracta - But hope is not lost

This is the moment when hope dies, the moment when tensions seem to temporarily subside. Where anger finds solace in the dreamed escape from one’s fate. Where the characters find in the excesses and fulfilment of their desires the momentary oblivion of the fate that awaits them.

Atmosphere of the act: Bedřich Smetana, The Moldau (Vltava)

Where the different protagonists abandon themselves to the inevitability of their fate. Where the destinies are fulfilled and where the drama takes place. It can only end in blood and tears. Such is the will of the all too human gods of Rome. 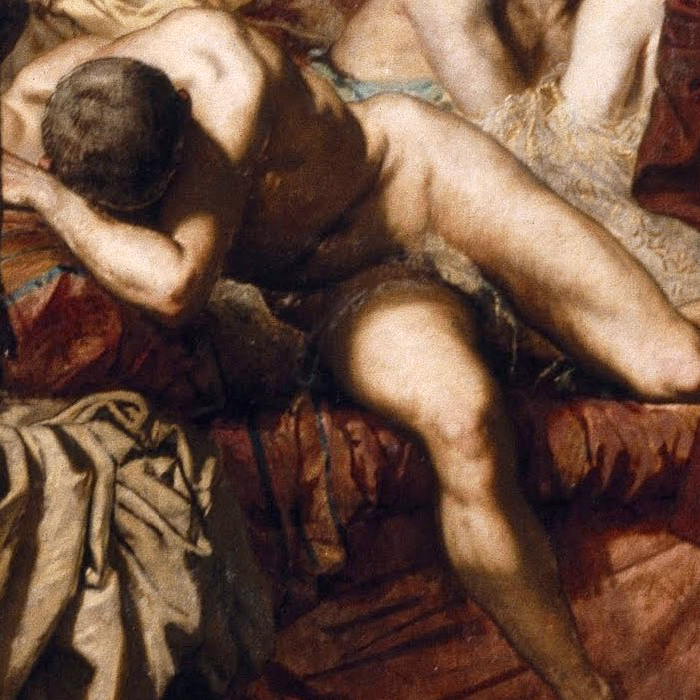