This Larp is based on a Roman uchronic universe, in a decadent and corrupt imperial court in which participants will meet their fate. From major political decisions to the most mundane ones, they will be confronted to the will of the gods, bound to the augurs of their birth. A Larp on free will and the inexorability of fate. This is not a Larp about factions and combat. It is a Larp about conspiracy and drama.

Participants are not expected to attempt to rewrite history (you will effectively embody characters in an early nineteenth century Roman empire, good luck with that!), but to live through tragic times and witness the possible downfall of a multi millennial Empire. Si Qua Fata Sinant is a narrativist Larp tinged with Romanesque French tradition and Nordic influence. A Larp of alcoves, plots, oracles, and daggers in the dark. Will you take part in the fall of the mightiest Empire that ever was or try to save it, even if it means losing everything, including yourself? Will you be ready to leave your fate in the hands of the gods?

Aut Bibat Aut Abeat! - Either endure the blows of fate or endure life!

The setting is freely and lightly inspired by the uchronic universe created by Robert Silverberg in his sci-fi fixup novel Roma Æterna. A universe in which the Exodus never took place, where Christianity never emerged, where the New World was discovered by Northmen in the name of Rome, and more particularly, a universe where the Roman Empire survived the Migration Period, to establish its unchallenged authority from the Atlantic to the Indus, from the Spitzberg to the Sahara.

The staging of Si Qua Fata Sinant is largely based on ancient Roman theatre, and more specifically on the Fabula Prætexta, ancient Roman tragedy. As such, the Larp will be divided into five acts that end in, well, tragedy. Between acts, there will be time for some additional player-to-player calibration. The Larp does not necessarily accord with the historicity and customs of ancient Rome, notably with regards to gender where we chose a more balanced representation than our various source materials.

The event is planned for 40 participants, each with a character linked to a destiny, a fatum decided by the gods. It will take place over three days, with briefings and workshops on Friday, the five acts from Friday evening to late Saturday and debriefing on Sunday.

Themes of the LARP

Not Part of the LARP 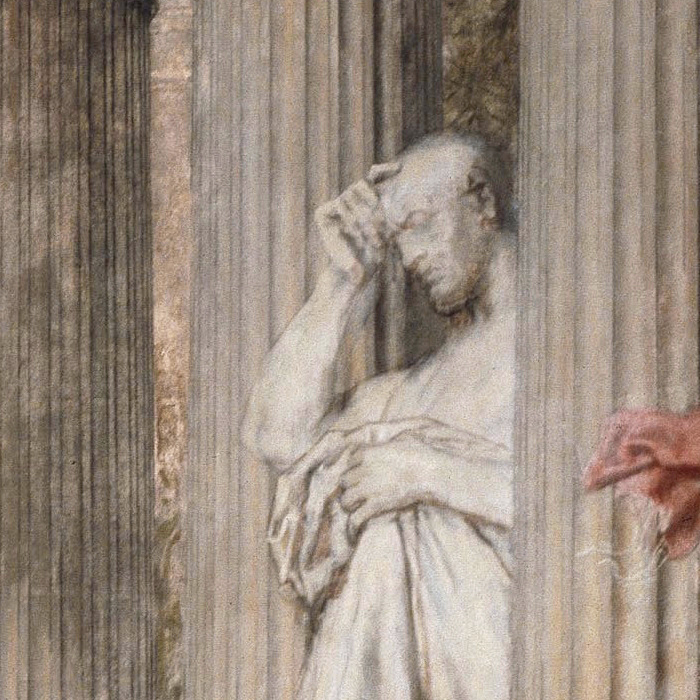